Crypto Market Crash Latest News Today (May 14) and Updates: The global cryptocurrency market seem to have landed itself in a free fall, with prices of several top tokens falling to new lows. There has been a massive churn in the list of top cryptos by market cap in the last 48 hours.

Data on CoinMarketCap shows that Terra (LUNA), which was one of the top cryptos just a few days ago, has dropped to 59th rank, losing over 99 per cent of its value in the last 7 days. In the last 24 hours itself, its already delisted from many big exchanging apps

Bitcoin has lost over 28 percent of its price value in the last 7 days. At the time of press, BTC price was just $28,542. Meanwhile, price of TerraUSD (UST), which is believed to be the price driver of the current crypto market crash, has dropped by 32% in the last 7 days. In the last 24 hours, UST price dropped by over 18 per cent to $0.6782. 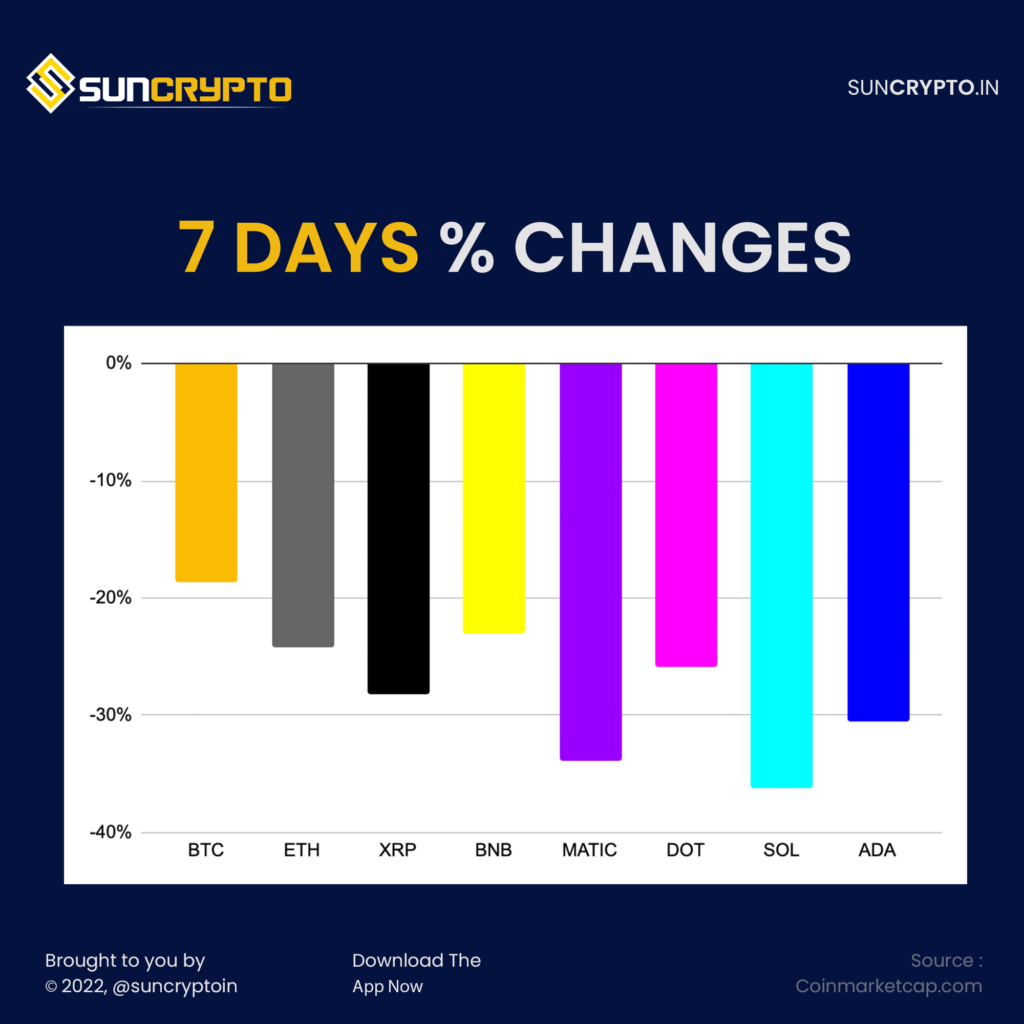 Here’s a look at some of the key developments and updates from crypto markets:

1. While BTC dropped by 9% in the last 24 hours, ETH fell by 15% and altcoins like LUNA dropped by over 90%. Though a minor recovery took BTC slightly above $32,000, the prevalent overhead selling pressure and extreme fear in the market took the price down to levels below $28,511.

3. Luna dropped below $1, while the blockchain’s stablecoins UST lost its peg again.

Additionally, the total value locked on Anchor, (Terra’s biggest DeFi protocol), fell by $11 billion in the past few days.

4. Terra’s algorithmic stablecoin UST crashed to a low of around $0.30, after losing its peg to the dollar.

“BTC appears to be at oversold levels with increasing selling pressure. Since yesterday, BTC has been struggling to find its support between US$27,000 and US$30,000. It is also likely that BTC may even break below the current level. Along with macroeconomic factors, the collapse of UST has largely impacted the crypto market. It may take some time for cryptocurrencies to recover from this crash.”