In the world of competitive branding tactics, Balenciaga took the initiative to accept cryptocurrency as a form of payment. This news came out of the blue as no signs or hints were given by the brands before releasing this news. Balenciaga is a famous french brand that is known for its exquisite craftsmanship and innovative designs. The brand will start accepting the crypto payment and is starting with Ethereum and Bitcoin first. It’s not limited to this only there are plans of involving other forms of  U.S. cryptocurrency in the future.

From the next month onwards the brand will accept crypto payment in some limited brick and mortar locations. It is still uncertain what form of mediator or payment solution provider will be used by the brand. Mr. Charbit’s (chief executive officer) interview took place during a major sell-off in cryptocurrency assets, but he remained steadfast in his decision. He simply stated that he was looking “long term” regardless of the fact that the bitcoin market value keeps changing. 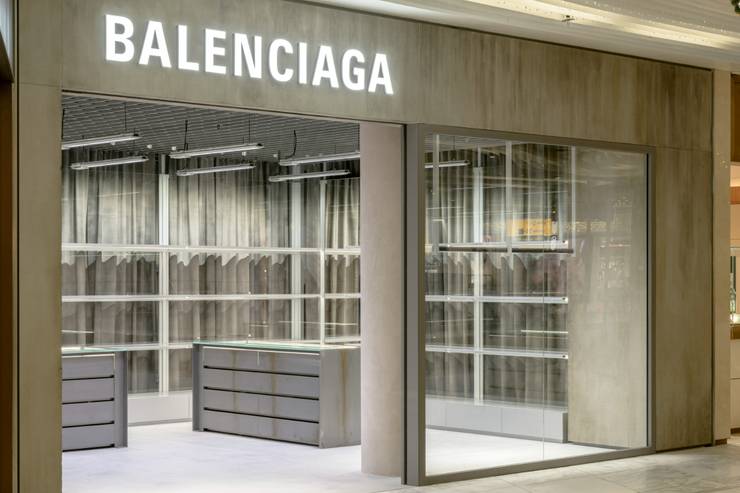 The concept of crypto payment isn’t new to anyone, the brand Balenciaga itself has launched NFT and metaverse popup last year after announcing in the month of December the formation of a house metaverse business unit. It is assumed that decision of accepting cryptocurrency for payment is influenced by the fashion house plunge over the last 10 days.

Balenciaga will accept cryptocurrency in all of its US flagship stores, including Madison Avenue in New York and Rodeo Drive in Beverly Hills, as well as on its website. Other regions and e-commerce would arise as a result, according to the brand. Balenciaga’s acceptance of cryptocurrencies comes as many fear the cryptocurrency market is about to face another Crypto Winter.

The amount of Bitcoin required to buy a $1,250 Balenciaga hoodie last November is currently worth a little under $563. The brand’s leadership, though, is unaffected by the turbulence in the crypto market. Char-bit just stated that his thought was “long-term” when asked if the market’s recent drop had impacted Balenciaga’s view on crypto.

Other business that accepts cryptocurrency

Web3 is no stranger to high-end fashion. Several legacy brands, including Balenciaga, Gucci, Nike, Dolce & Gabbana, and Burberry, have launched NFT collections and meta-verse pop-ups in the recent year. These brands, as conventional as they are in certain ways, appear to be united in their view of digital fashion as an economic opportunity: According to many industry insiders who spoke with Decrypt in October, the digital fashion sector might soon approach, if not match, the $2 trillion size of the physical fashion market.

Gucci has built Web3 focused team and also acquired a digital asset on the blockchain-based real estate platform called Sandbox. From the month of may as well Gucci will be accepting 10 cryptocurrencies which will roll out throughout its store network in the summer.

Brands like Adidas Al Dante are also on the platform building digital assets.

In March, the brand Off-White also used the same approach and arranged the acceptance of cryptocurrency for payment at the Paris, London, and Milan stores

Other businesses, such as Tag Huer and the LVMH Hot, announced this month that shoppers would be able to purchase with a variety of cryptocurrencies up to 12 crypto names were mentioned by the brands, including Bitcoin, Dogecoin, and Ethereum, at checkout.

With time it is expected many more platforms and businesses will start accepting some form of cryptocurrency as its popularity is just increasing with time not to ignore the fact of the convenience of using it. Up to now so many brands made their impact in the crypto world and used it as a major form of advertising for their business.

Not only the businesses are taking over the cryptocurrency but much more interesting thing is happening around the world about crypto Read here about the World’s first crypto city.